If you were watching 60 Minutes last night you would not have missed their excellent expose on the growth of the Social Security Disability Insurance program. In fact, the report highlighted the fact that the programed has exploded in size in the last six years and could very well be the first federal program to run out of money. Viewers were keyed into something members of Our Generation have known for some time, which is the SSDI program is fraught with waste fraud and abuse. Some of the highlights from the piece include the following facts: 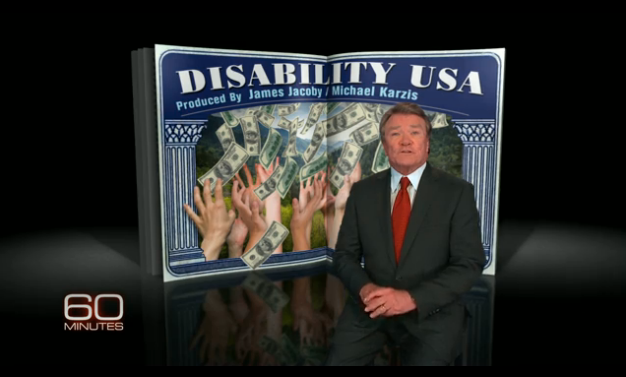